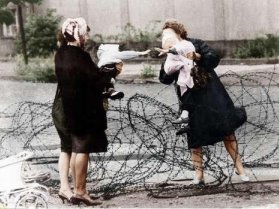 a look across the border

Since the Fall of the Berlin Wall more than three decades ago, Historians have dedicated themselves mostly to East Germany’s political system and its oppressive instruments such as the secret police STASI. But although East Germany was a totalitarian state, there were still 16 Million people who were living a more or less normal life. Join German Historian Anette Isaacs for a compelling exploration of daily life in East Germany, its food and culture, education, consumerism (or the lack thereof!) and everyday items that were giving the GDR its identity and  made it so different from its big capitalist sister, the Federal Republic (West Germany).