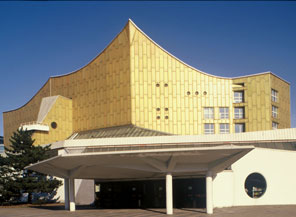 As anyone who has ever visited Germany knows, the country’s cultural life is of legendary proportions. Although only half the size of our state of Texas, Europe’s most populous nation boasts 130 professional orchestras, 820 theaters and 6200 museums! Due to the fact that most of Germany’s cultural scene is funded by taxes, the country’s artists are able to spend a yearly budget of over 9.5 Billion Dollars! This system, however, works best when the economy excels and it faces drawbacks in times of economic crisis. Join Anette Isaacs as she discusses the traditions, the bountiful expressions, and the challenges of her native country's artistic life.