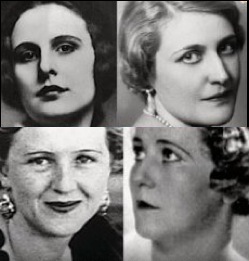 The Women of the Third Reich

“The mission of women is to be beautiful and to bring children into the world.” These words, auspiciously written by Hitler’s mouthpiece Joseph Goebbels in 1929, laid out the simple but essential role German women were expected to play in the prospective Third Reich. By examining both the general situation of women in Nazi Germany and the individual lives of wives and girlfriends of the Nazi elite, such as Magda Goebbels, Emmi Goering, Leni Riefenstahl, and the infamous Eva Braun, German Historian Anette Isaacs will reveal in how far this lofty expectation was met by reality in a racially motivated totalitarian system.